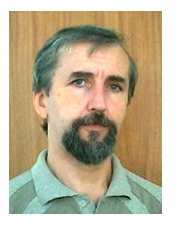 Born in April 14, 1948 in Giurgiu, lives and works in Ploiesti. The School of  Fine Arts and  Technical College of Architecture.

He started drawing in 1973 in URZICA-Humour Magazine.

He published over 4000 cartoons in magazines and newspapers in Romania and other countries. He illustrated 7 humour books. Since 1991 he is a free lancer and worked for : OPINIA PUBLICA, ZIARUL FINANCIAR, SOCUL COTIDIAN, CUGET LIBER, JURNALUL DE PRAHOVA, GAZETA PRAHOVEI, PRAHOVA, MONITORUL and VIATA PRAHOVEI daily newspapers.

Since 2007 until 2010 he is cartoonist-editorialist at TELEGRAFUL DE PRAHOVA daily newspaper and cartoonist for PLAI CU BOI Magazine and REBUS BIS Magazine.

Cartoonist of the Year 2002 in Romania.

Email : This email address is being protected from spambots. You need JavaScript enabled to view it. ; www.penapai.ro