Zarko Luetic also known under the pseudonym "Žar" was born in 1951 in the village of Župa, Croatia. Electrical engineering in split, where he graduated from high school, graduating in 1975.In addition to making the cartoons also focuses on illustration and oil on canvas. He illustrated two books about computers and two books of aphorisms. He was the author of a symbol, representing the Association of Croatian cartoonists in Zagreb. Zarko Luetić lives and works in split in Croatia. 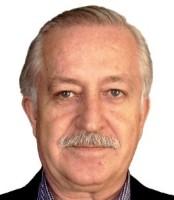