The Exhibition Of Roman Montesinos/Portugal,2017 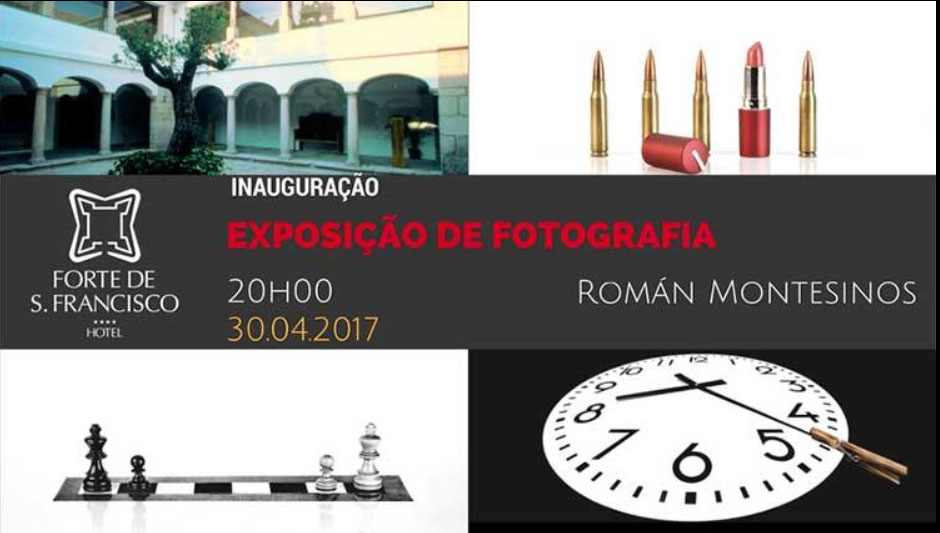 The Exhibition Of Roman Montesinos/Portugal,2017

The Exhibition Of Roman Montesinos / Portugal, 2017

"Do not look for three feet the cat" shows a photographic collection that establishes a symbiosis between objects in search of a metaphor, a universe in which the contingencies leads to greguerias and transports to imaginary visions where humor, social criticism and / or irony, Are wires.

The association of different objects can occur suddenly, randomly or contingently, you can find an item anywhere, and sometimes it is sought, your only desire is to hold an object in your hands and let the mind wander to a composition viable. The photographs of true unreality have proposed a title, but the capacity of each observer and his or her experiences will lead to different interpretations: the kaleidoscopes of the human mind made from an image.

Román Montesinos, a native of Coruña (Spain), is a university geologist professor. His specialty, and paleontology, conditioned his thinking to establish parallel criticisms between forms, looking for similarities and differences. His learning over took him to saturating years in photography. About fifty individual exhibitions and several group participation in various artistic and photographic projects, he had a square among these groups of image makers

This project presented at Forte São Francisco Chaves Hotel continues to be a line of research and exhibition, "visual metaphors" that the author has developed a creative project for years, and has been associated with "visual poetry." The author offers a role play A visualizer of suggestions and contingencies between objects, a dialogue between the viewer and the author in which the person is free to reinterpret and adapt his unique way of thinking.While they were described as "visionary images" are more in the field of metaphor. That objects are stars on a white background, black or neutral, showing the concept without distractions.The image collides directly with the eyes and the mind of the viewer and generates a reaction.