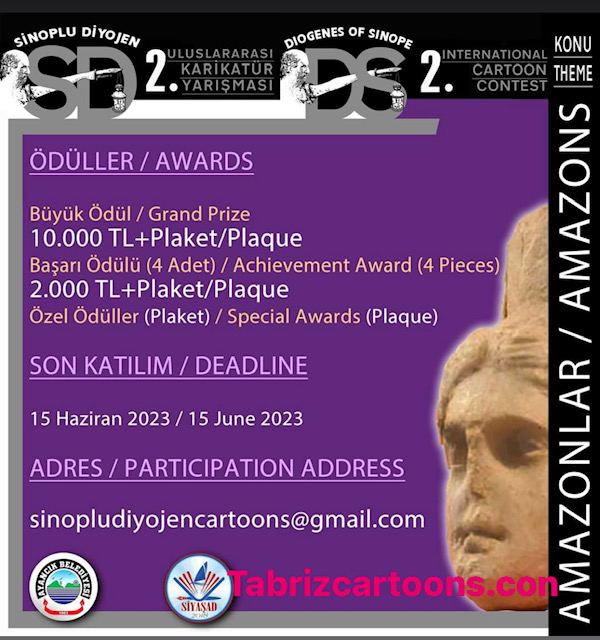 Call Of 2nd INTERNATIONAL CARTOON COMPETITION"DIOGENES OF SINOPE"/TURKEY,2023
1- The competition is open to amateur and professional artists from all over the world.
2- The subject of the competition; It is designated as “Amazons.”
Amazons… Female warriors of ancient times. Free women who have attracted people's attention and sympathy for thousands of years. Historians such as Herodotus defined the homeland of the Amazons as North Anatolia. But the Amazons are a myth that everyone from the Baltic countries to North Africa is trying to own from one end.
The theme of "Amazons" was indispensable for the cartoon competition held in the city of Sinop, named after the Amazon Queen Sinope. The women of Sinop continue to set an example as the free, dominant characters who best reflect the spirit of the Amazons in Anatolia...
Our expectation from cartoonists; They should reflect the warrior spirit of the Amazons in their work against child marriage, abuse and rape, violence against women, femicide, exploitation, enslavement of women and male domination.
3- The technique is free of charge for the works that will participate in the competition. The works must not have received an award in any competition before.
4- A digital certificate will be sent to all participating artists.
5- Participants can submit as many works as they want. However, more than one award cannot be given to an artist.
6- The cartoons to be sent must be in maximum A3 (29.7 cm x 42 cm) size, 300 dpi resolution and jpg format.
7- The works that will participate in the competition can be sent via e-mail until 15 June 2023; It should be sent to the address: “This email address is being protected from spambots. You need JavaScript enabled to view it.”
8- Along with the works, all artists must send their name, postal address, telephone, e-mail address, short CV and one photograph.
9- The exhibition and award ceremony of the competition will be held in Sinop-Ayancık on a date to be announced later. The travel expenses of the participants will be their own and their accommodation will be covered. The awards of those who cannot attend the ceremony will be sent to their addresses.
10- Awards:
Grand Prize: 10.000 TL/Plaque
4 Achievement Awards: 2.000 TL/Plaque
Special Awards from Various Institutions: Plaque
11- In the selection committee; sculptor Eşref Baş (Turkey), writer Tufan Bilgili (Turkey) and cartoonists Adnan Taç (Turkey), Altan Özeskici (Turkey), Aşkın Ayrancıoğlu (Turkey), Elena Ospina (Colombia), Erhan Yaşar Babalık (Turkey), , Isabela Kowalska (Poland), Musa Keklik (Turkey), and Nahid Maghsoudi (Iran).
12- The cartoons participating in the competition (whether they receive an award or not) are published by the institutions organizing the competition, such as Exhibitions, Posters, Books, Albums, e-Albums, Calendars, Brochures, etc. available in publications. It can be published on the Internet. Apart from this, all publishing rights of the works belong to the artists.
13- The results of the competition will be announced in the first week of July.
14- The cartoonists participating in the competition are deemed to have accepted the above conditions.
15- Competition; Organized by Ayancık Municipality and Sinop Writers, Poets and Artists Association…
Call Of 2nd INTERNATIONAL CARTOON COMPETITION"DIOGENES OF SINOPE"/TURKEY,2023 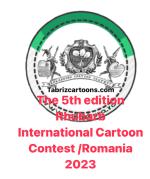 RULES OF THE CONTEST 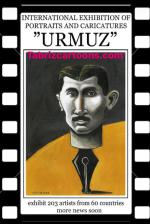 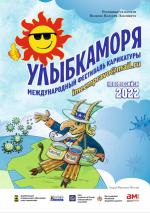 Catalog Of 7th.International Cartoon Festival "Smile of the Sea" Was Published  /Russia,2022 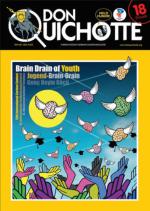 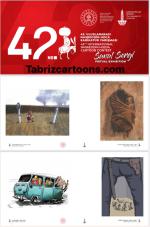 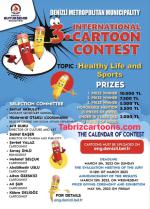 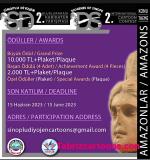 Call Of 2nd INTERNATIONAL CARTOON COMPETITION"DIOGENES OF SINOPE"/TURKEY,2023   1- The competition [ ... ]

RULES OF THE CONTEST

Catalog Of 7th.International Cartoon Festival "Smile of the Sea" Was Published  /Russia,2022

Call Of 2nd INTERNATIONAL CARTOON COMPETITION"DIOGENES OF SINOPE"/TURKEY,2023   1- The competition [ ... ]