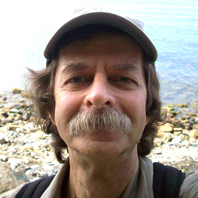 Bio Was born in St. Petersburg. Was educated at the Institute of Mechanics and worked as engineer-designer. A member of the St. Petersburg Cartoonist's Club since 1983. Free-lance cartoonist. Published in numerous newspapers and magazines. Was participated in more than 380 cartoon competitions and exhibitions in 43 countries. Have won more than 40 prizes and diplomas on the International Cartoon Competitions, for example: