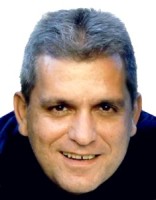 Alfredo Lorenzo Hernandez, known as "Martirena" Martirena was born 6. októbra1965 in Santa Clara, Cuba. In 1984 he began to work with humoristickým týždenníkom "Melaito". In 1986, he won the Grand prix in the contest "Palante humor for 25 years". In 1987, he published his first book "from ear to ear". Participated in many collective exhibitions, and his work has been on the cover of a book about the 20-mile by current Cuban karikaturistoch "Fumetty Cuba" issued in Italy. Periodikami: "Juventud Rebelde Cuban worked with Martirena", "Bohemia", "Tribuna de La Habana", "Palante", "Alma mater", "Habanera", etc. "Chocarreros", "worked with abroad Justo Medio" (Mexico), "Garrotazo" (Argentina), "El Jueves", "Amarillo", "Batracio", "Sapoconcho" Quevedos (Spain), "Bronkit" (Portugal), "El Nuevo Diario (Nicaragua)," "Witty world" (USA). He was a member of the jury of the International Biennial of San Antonio de los Baños, some of his drawings were selected for "Filminutos ICAIC". Wall painting created for "Colonial Hotel" in San Juan del Sur in Nicaragua. The University of Alcalá de Henares in Spain he awarded Quevedos 2001. The specialist publication "of 20-20. It ranked among the most prominent cartoonists of the century "of Cuba. He won more than 30 national and international awards. He has published three books Copyright (2 of them in Spain) and engage more than 20 collective books. His works have been exhibited in galleries in Italy, Brazil, Mexico, France, Turkey, Belgium, Switzerland, etc. Martirenove drawings appear daily on multiple digital site. He is a member of the Association of journalists and the Association of writers and artists of Cuba, Cuba. Alfredo Martirena, lives and works in Santa Clara, Cuba.
Collected by poormohammadi vafa/cwn