cartoonists who started teaching cartoons in the town of Esfahan from 1994.

for the time being is Esfahan’s biggest cartoon association.

out those years he arranged many Annual cartoon contests and exhibitions

in Esfahan and the other cities of Iran. In 1998 he was selected

as the Secretary of “The First Iranian’s Young Cartoonists Congress”

that was held by Esfahan’s Cartoon Association in this town.

when he came to Tehran. There he became the Second Editor of the “Iran Cartoon”

of two International Cartoon Contests the “Palestinians Are Homeless”

and the “City Complexities”. For the time being he is a member

of the Scientific Panel of the Iranian House of Cartoon.

National Cartoon Contests and has participated in numerous

which he has won many prizes from. Some of his prizes are: 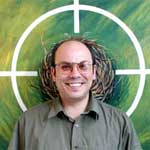