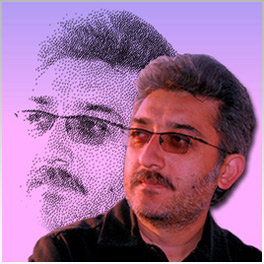 He was born in the village of Baglyka in SinopBayabat and spent his elementary education in the village. But the middle school and high school at age 19 and spent the sketch Hare then graduated from the Faculty of Arts, University of Samson. He since 1987 in the fields of photography, caricature and graphic works. His first critical book "Yvzvndn de Saint-between Avmvt" was published in 2000 and his children's book called "swings Yolo 1" and "YatytAvkvldanGchnYol" was published in 2005. He has his first art exhibition in the village Baglyka about opposition to the artists who never left the big cities are not organized. The opening ceremony of the exhibition was done by rural boy. He then combines cartoon art and photography numerous solo exhibitions in Sinop, Samsun, Corum, held the airport and Istanbul. His first cartoon in 1987 in the final race began AIPAC. He has won more than 80 awards in competitions caricature. And also won 30 international awards. His caricatures in solo and group exhibitions and numerous publications in Turkey and other countries is published. His works are in various museums in the former Yugoslavia, Cyprus, Turkey, Romania, America, Japan and Italy have shown. Some of his awards include the International Award VmsabqhTapykt 2007 "global warming" are Gvangzy University.