Emad Hajjaj: Born in Ramallah in 1967 Received Elementary Education at UNRWA schools at Al Wehdat Refugee Camp in Jordan. Received his First Award in 1974 in an elementary school competition. His first cartoon was published in the university newspaper (Sahafat Al Yarmouk) in 1987. Graduated from Yarmouk University in 1991 with a BA in Fine Arts (graphic design) as a Major, and journalism as a Minor. After graduation, he worked for several local newspapers, including Akher Khabar, Al Ahali, Al Raseef, Al Bilad, Al Mustaqbal, Al Dustour, and Al Rai. In 1992 he started working for the London-based Al Quds Al Arabi newspaper, and then moved to work for Al Dustour. Since 1993 Hajjaj has been working at the leading Jordanian daily Al Rai, until he was dismissed after one of his controversial cartoons in the year 2000. Then he worked for Al Dustour daily newspaper from the year 2000 till the mid of 2004. Now he is working with Al Ghad newspaper, Al Quds Al arabi (London), and his cartoons also available on www.cartoonweb.com and www.politicalcartoons.com and his own web site www.mahjoob.com.

A Member in the Jordan Press union. since 1999 A Member in the cartoonists and writers Syndicates CWS, USA In 2001 he received the 1st award for the best cartoonist in Al Hussein journalist creativity Award. 2000 he achieved the honorary mentioning for the (Olympic Humor) competition, organized by fanfuuny.com (Italy). Winner of Arabic Press Award 2006, (Dubai Press Club DPC), Best Published Cartoon in Arabic Media in the year 2005, for his cartoon (The Crying Arabic Camel). 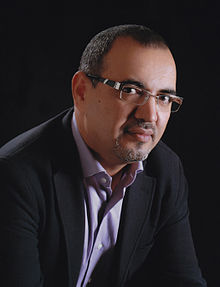