Firuz Kutal was born 8. June 1957 in Turkey. In 1985 he moved to Norway, where he studied at the National College of fine arts in Oslo, and after 5 years of study it graduated with a master's degree as a graphic designer and Illustrator. Firuz Kutal worked as a political cartoonist with some newspapers and magazines in Norway, Turkey, Greece, Spain, England, etc. Since 1990, working as a professional freelance artist, in his studio in Oslo. Consists of comics and animation, as well as cartoons and illustrations. It is the permanent Illustrator and karikaturistom in news weekly in Oslo. He is also the editor of the magazine, the international Fire humorist dvojmesačníka. Firuz Kutal introduced their works to separate exhibitions in Istanbul, Oslo and Graz and participated in many collective exhibitions in Izmir, Ankara, Athens, Berlin, Barcelona, Paris and Madrid. In 2009, the ucenený was one of the annual awards of the United Nations "Citation for Excellence", which is awarded for work that "they reflect the principles and the spirit" and in 2011. the price in the video section of the competition "Fax for Peace and Tolerance" in Italy. "Cartooning for Peace" and is a member of the organisation of FECO Norway. Firuz Kutal lives and works in Norway, Oslo. 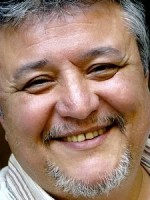