Florian Doru Crihana was born 09. April 1958 in Galati in Romania. He graduated from the Institute of naval architecture in Beijing. In 1985, debuted on the karikaturistických competitions in the "Summer Salon" Braila in Romania. The year 1986 was its debut in print in the magazine "Rebus". In 1989, he received the first international awards: Honorable mention in the contest Aydin Dogan Ankara, Turkey, and the Grand Prix of Novi Sad, Yugoslavia. Karikaturistom is a professional since 1990, when he gave up his profession of engineer and began to fully devoted to painting and cartoon. In 1990 he met Dieterom Burkampom, collectors, journalists and organizers of the exhibitions. They became friends and started their long-term cooperation. In Germany, a separate exhibition organized in cities Crihanu Burkamp Sennestadt, Lemgo, Celle, Goslar, Oerlinghausen. Dieter and Gisela Burkamp to ensure that his works were exhibited in the vicinity of the most famous artists of all time, such as Pablo Picasso, Salvador Dali, Gustave Doré, William Hogarth, and also close to the artists who changed the history of the cartoons, like André François Loriot, Ronald Searle, Ralf, Steadman, and Paul Weber, Roland Topor, Adolf Born and another, Semper in the Wilhelm-Busch-Museum Hannover, Monchehaus Museum Goslar, Museum im Schloss Bad Pyrmont. Since 2007 he is a member of the Romanian Union of artists – the UAP. In 2009, Dieter Burkamp publishes memoir "Florian Doru Crihana-Satirische Idyllen" from "Kerber Art" in Germany. Crihana holds more than 70 international awards and honorary awards and the multiplication of the members of the juries of international competitions. His works also introduced on separate exhibitions at the Cartoon Museum in Warsaw, Poland; The House of humor and satire in Gabrove, Bulgaria; The Brothers Grimm House in Steinau, Germany; the cartoons in Kruishoutem, Belgium; Sapienza Universita di Roma; in the Gallery of fine arts in Legnici, Poland, in the city's Town Hall in Bruges, Belgium and many others. Florian Doru Crihana lives and works in Galati, Romania. 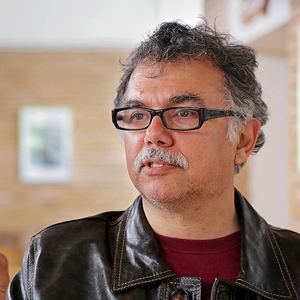