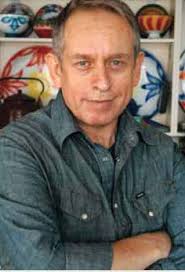 Gürbüz Doğan EKŞİOĞLU
He was born in Mesudiye (Ordu) in 1954. He studied Graphics at the State Collage Of Fine Arts. He is presently an assistant professor at the same school, now called The Marmara University Faculty of Fine Arts.He is drawing cartoons since 1977 and holds a total of 64 awards of 23 of which are international. He had participated in numerous national and international collective displays and had nine solo exhibitions including the one in New York. He has drawn many cartoons and illustrations for various newspaper and magazines like The Forbes, The Atlantic, The New York Times as well as three covers of New Yorker. He is alas the holder of Sedat Simavi Visual Arts Awards in 1998.
http://www.gurbuz-de.com