Geza Theatre Halász was born in 1947 in Szolnoku in Hungary. He graduated from the University of Economics in Budapest in 1971. In 1978 he won the title of Doctor. Working as an economist, webgrafik, satirical art artist and cartoonist. His works have been published in various newspapers and magazines, from 1968 to 1971 he was a University newspaper "Közgazdász karikaturistom" from the year 2002 is the author of a series of Shows in the weekend journal "annex Geza Theatre Halász Magyar Nemzet" and since 2006 Web graphics for the Internet portal tiaramagazin.hu. In 2008 he published his own album of cartoons created by computer graphics "Retouched History of Art". Gézu Halásza works have been awarded at international competitions, cartoons (we can mention at least 1. price in the exhibition Giantposter in Budapest in 2006, 2nd prize at the Festival of World Press Cartoon Sintra in Portugal in 2009 and a special prize at the Biennale Internazionale dell ' arte, Tolentino in Italy ' umorismo in 2009). He was also awarded the prize of the Hungarian karikaturistickej profession. Geza Theatre is the President of National Union of journalists of the Hungarian section of the karikaturistickej Halász. He lives and creates in Dunakeszi, Hungary. 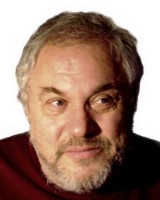