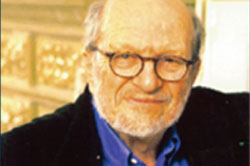 Born in Buenos aires, Guillermo Mordillo began his career working in the commercial field and illustrating tales of Charles Perrault. At the age of 20 he ventured into the production of animated films through his own Studio Calas. He moved to Lima, Peru, in 1955 where he worked on a couple of advertising campaigns. Five years later he settled in New York and eventually in Paris in 1963.

There, he started out in the communication field, before publishing his first illustrations and humorous comics in magazines like Lui, Paris-Match and Pif Gadget. In the late 1970s he was active in animation again on the Balearic islands, bofore focusing his production on Germany and the UK. Mordillo was one of the most widely published cartoonists of the 1970s. Some of his titles are 'Le Galion', 'Crazy Cowboy', 'Crazy Crazy', 'Les Girafes' and 'Mordillo Cartoons'. In the last 20 years he has worked almost exclusively in humor and children's illustration.

Cartoonist and humorist, creator of characters and animations, was one of the world's most published artists in the 1970's. Awarded in USA, Italy, Japan, Canada, Sarajevo, Argentina and Spain, among others; in more than 40 years of career counts 40 collection books translated to a number of languages and published in Europe, America and Asia. Was a designer for greeting cards for Hallmark Cards, Oz and American Greeting Cards (EEUU) and Mic-Max (France). Takes part in the realization of the films Popeye and Little Lulu of Paramount Pictures. Named president of the International Association of Authors of Comics and Cartoons (AIAC) in 1980 and appointed "Catedrático Honorífico del Humor" in 1997 and 2002 at the University of Alcalá de Henares, Spain. Presently lives in the south of France and dedicates mostly to drawn humor.