Nicoletta Ceccoli was born in 1973 in the Republic of San Marino. She graduated from the State Institute of art (Italy), Department of animation Urbine. Since 1995, working as an illustrator of children's books. She illustrated many books for publishers in the us, the Uk, Italy, Switzerland and Taiwan, among others: Random House, Simon and Shuster, Houghton Mifflin, Mondadori, Grimm press, Fabbri, Arka, Fatatrac, St. Paul, etc. Her books have been translated in France, Korea, Mexico, Spain and the United States. In 2001 has received the price "Baia delle favole" Andersenovu in Italy as the best illustrator of the year. In 2002, her illustrations for the book issued by the Publishing House Mondadori Pinocchio gained "Award of Excellence" from the Communication Arts (USA). The prize "Award of Excellence" Communication Arts, USA won in 2004, 2006, 2007, 2008, 2011. In 2006 she was awarded the silver medal of the society of illustrators in New York City, USA. Book fair, Bologna Children's book in 1995, 2000, 2001, 2003, 2004, 2005, 2007. Roq la Rue Gallery should be separate in the exhibition in Seattle, USA; Magic Pony Gallery in Toronto, Canada; Richard Goodall Gallery in Manchester in the uk. In 2008, she worked as a designer for a 3d animation project in French "La mécanique du Couer" under the leadership of Melzieau in the production of Luca Matieu and Silla Bessona. The artist presented his works in prestigious collections throughout the world. Participated in many group exhibitions in Italy and abroad (USA, Canada, United Kingdom, Japan, Slovakia, etc.). For the Republic of San Marino has developed three series of stamps devoted to the rights of children, Christmas and the circus. A series dedicated to Christmas was awarded the Golden Horse for best original sketch author Bolaffi in 2001. Nicolletta Ceccoli lives and works in native Republic of San Marino. 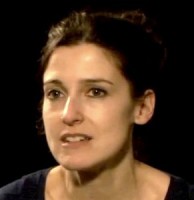