Diary of a trip to the city Biren/ Rahim Baghal Asghari 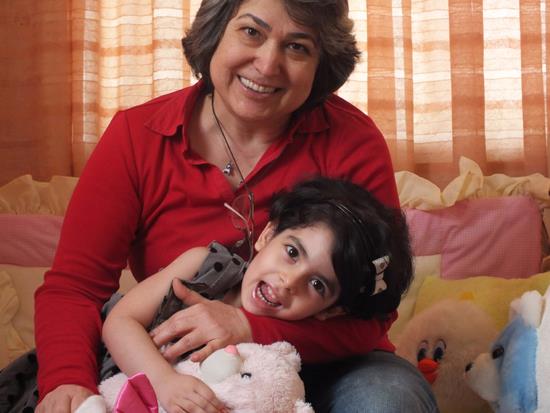 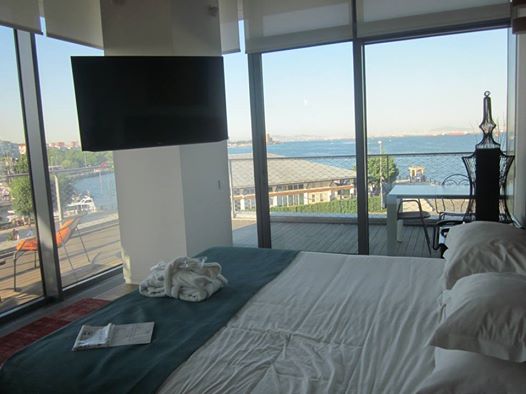 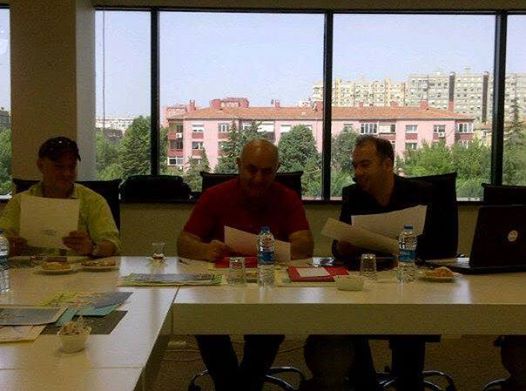 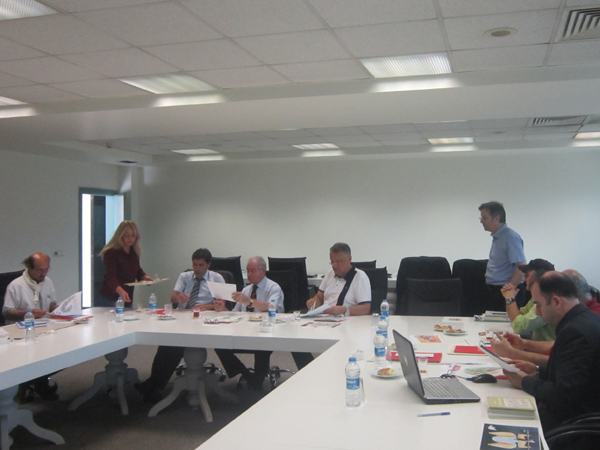 Birsen  (name of a woman) In Turkish: Bir means one and sen means you. Mohyeddin Koroghlu while he had a cup of tea in his hand, beck on with his finger to his wife said these words: " Bir" …. "Sen" . In  persion  it  means " just you". Resturant was  gloomy and  sure that Birsan had heard this word again and again but when she heard it again, crowed like us.we were going to the Birsan,s tomp with Aytak, Mohyeddin`s son,Turkey`s famous cartoonist. Birsan Koroglu died in the last day of the year .The day in which people thought it is the last day of the world, 30/12/2012. Mohyeddin sits in the bucket seat then I said: We are not happy in Istanbul any more because of Birsan.I remember in all last ten trips to Istanbul we were Birsan`s guest at least for one time or in the cartoonist`s party Birsan made us happy. I  asked them to stop the car till I buy flower.I bought a bouquet which was so cheep .Their tomp are not from stone.They are like small garden and around of them is from stone.when we got out of the car,we passed among the trees and tombs and went to the Birsan`s tomp.The tress were full of fruits, apricot, glum.I was humming khayam`s poem.The same day that we got out of Tabriz my older uncle died too, in his funeral I was thinking to what he always said,that one day we will be like apricot and black cherry.Now how meaning full are these apricots and how are they talking to us and how do they want to listen to us.Rose know nothing about her friend`s death but when  she came to her tomp and saw her photo, started to cry that made all of us crying, even koroughlu he was crying silently.we prayed for the dead and Mohyeddin said: Rose , I hope you ` ll always be with us.I said,I think it`s not important how long she will be with us, I hope she , II be happy like Birsan.we put the flowers there but Rose left us with crying eyes.Kamil Yavuz was waiting for us in his atelier.The man who could establish a three floor school of art in a city like Istanbul by  his intelligence. He was decorated as I like and taught to the interested children.Darko from Montenegro was there.Because the  time of  teaching is long so kamil yavuz was entertaining his  students with different kinds of edibles.I drew Darko`s ,Mohyedin`s, Aitak`s and Yavuz `s student`s cartoon.while I was drewing I heard one of the student`s parents that were talking with each other saying: " No , wait.I found him a very skilled teacher".Rose was teaching cartoon to a 3 years-old  girl and his father was listening to Rose.Despite me kamil  Yavuz is patient and serious and he teachs a lot that remembers me,my last 20 years.last 20 years I cared about all my student`s drawing one by one.Kamil Yavuz was surprised  when  I  said  I  have  1500 student in  my schools of art. In  fact  I  should  say  that our fees are cheaper than here.We will go to another party in the evening with Kamil Yavuz and his wife. Mostafa, cartoonist of republicanism newspaper, and his wife and koksal, the famous cartoonist and the best  researcher of Turkey with his wife.Koksel has 60 years old and he is very interested in his  persion language class.  He asked his questions and I helped  him.  Koksal is interested  to  teach Ebru in Tabriz which  is a very beautifull art.

Rose  started  to  drow  ladies cartoons and they were so excited when they saw their own  cartoon. Nouray, Koksel`s wife, is a famous painter  started  to  paint Rose`s picture.The ladies bought  gifts  for Rose and I thanked them.Turkey`s goods are  in high quality that every body enjoys buying them. We were invited to other parties that one of them was Mr.Ardoghan`s paty.I couldn`t  belive he is 82 years old and he was secretary of fair play contest.First time I met him in the Turkish`s National olympic  Committee he said with sincerity: “Rahim welcome Turkey.”  I thought he was 60 years old,I really appreciate his energy.In judgment he  said the comments of committee accurately. He has knowledge about cartoonist.He is very  regular and serious.In dinner time he told a story about Jafar Zourlu,who was died,and about other cartoonist. Mahdiyeh was testing the foods, after eating one of them.She  found it is made by octopus meat. And about the Rejidens hotel……. Marino said it is one of the best hotels in the world. Double- decker hotel for the famous people …….. it is romantic and unique. In front of our room`s terrace there was a smart spout that was arranged by a music player and the sea was back  Of it. I appreciate clean liness, beauty and the services of the hotel.I appreciate Mr. Yavuz and Mr. Ardoghan for their respect.when I  was at the hotel I controlled my school of art  through the webcams but the last day my wife and Yavuz didn`t allow me to do this beacause of my long time work.  By the internet.The other sight seeing was  visiting  the biggest aquarium of the world. I really appreciate it`s designers.Kamil payed the ticket for koksel, Drko,me and my family. There was a big store that the tools for sea was sold.Yavuz and Darko bouht expensive dollars for Rose. It was an interesting experience.. In the judgment of fair play, arbitrators looked each of the cartoons one by one and everyone chose his  favorite cartoon. Then they vote for it. After discussion between the arbitrators, the first  was selected.      like  other judgments there were so many discussions but Mr .Ardoghan solved them by his democratic character.  Yavuz had canceled all his plans and he  was with us in our stay. He  took us to his home. He has relationship with the world`s cartoonists. I thought that I was the best host for 70 famous foreign cartoonists in Tabriz.But after visiting Yavuz I changed  my mind.I appreciate all of my friends especially Yavuz for the beautiful trip and visiting Darko who gave me advantage ous information about art and cartoon.

1) The contest is open to all of cartoon artist worldwide.
2) The last day for participation is [ ... ] 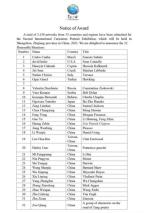 1) The contest is open to all of cartoon artist worldwide.
2) The last day for participation is [ ... ]