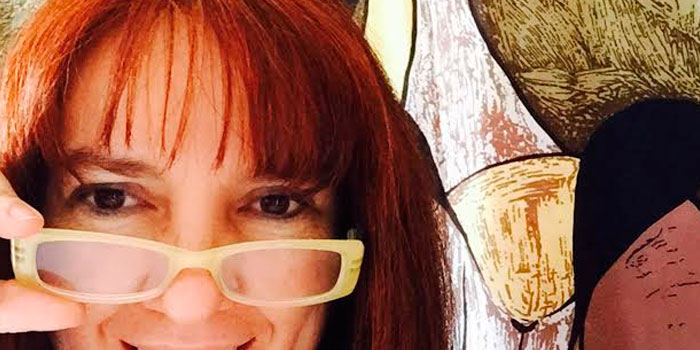 in the category of Design Humorous. I am happy to receive the first prize in a contest on global warming, it is a problem that concerns us all.

It will be very nice also, meet colleagues from around the world in beautiful Italy and share with them, these magnificent opportunities for meeting and humor - expresses the Colombian artist Elena Ospina, winner of the first prize in the category of humorous design, with the theme "Climate Change", the first edition of the World Humor Awards held in the Italian town of Salsomaggiore, in the province of Parma, whose award ceremony took place on September 25.

The exhibition is organized by Gianandrea Bianchi and the Lepidus Cultural Association, with the collaboration of artists Trojano Lucio and Marco De Angelis.

How did you come up the idea of ​​the siren?

I work a lot from the absurd. The mermaid is a mythological character and fabulous ... unreal ... smile thinking that even the fantastic characters can be burned.But we should not think that global warming is also a fable.

It seems that humans are going to need really extreme conditions to react to an impending ecological disaster, in which everyone, without exception, are contributing.How was the realization of this drawing?

I have on hand a little notebook where I'm writing and drawing, here make a first sketch.

My technique is generally mixed, I like to mix randomly play with the materials and then finish on the computer.For this drawing of the mermaid, I used a background made with an etching technique called colography and the rest is vector and photoshop.

Why do you care about the environment?

I work a lot on environmental issues, ecology, justice, peace, equality ... because it seems important to show through caricature and humor, the imbalance that humans generate our actions.Cartoonists not fix the planet, but we propose starting points for other views.

Elena Ospina. Painter, illustrator and Colombian caricaturist. Born in Medellin.http://elenaospina.blogspot.com/Since 2007, Elena travels and lives between Colombia, Spain and the United StatesHe works for several publishing houses in Europe and America.

He has collaborated on projects with Unicef, Unesco and other organizations.

Winner of several international awards in illustration and caricature.

Member of the Federation of Cartoonists FECO.

Is part of Cartooningt for peace group based in France: http://www.cartooningforpeace.org/en/dessinateursCartoon collaborates with movement: http://www.cartoonmovement.com/p/2456For years he has worked on the creation and illustration of countless advertising and editorial projects.On an artistic level, he has participated in solo and group exhibitions, and part of his work is published illustrating articles and magazines. 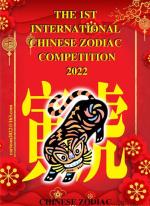